skip to main | skip to sidebar

MONARCHY, RELIGION AND THE STATE:
Civil religion in the UK, Canada, Australia and the Commonwealth
By Norman Bonney,
Manchester University Press, October 2013
Advance online order deals with Amazon and Blackwells

The Edinburgh Evening News reported on 8 November last year that the City Council Education Authority had withdrawn a cartoon of Diamond Dan, the Orange Man, from a city school because,although this was unknown to the school teachers and probably the pupils, it is used as an emblem of the Orange Order of Northern Ireland.

Last Saturday last I observed the Orange Order Annual Parade through George Square, Glasgow.. It was an impressive and orderly display of the key values that are celebrated by the Order such as the victory of the William of Orange over forces allied to the ousted former Roman Catholic monarch James VII (II)  of the United Kingdom in 1689. This victory established the Protestant monarchy which we still have today and which all the major political parties appear determined to continue whatever the outcome of the independence referendum.

It is thus hard to understand why the City education authority should have removed this disguised but innocent symbol of loyalty to the crown, devised and propagated by a lawful organisation, other than interpreting it as display of uninformed prejudice.

There will be no miracles here

Scottish artist Nathan Coley translated the words used in a seventeenth century royal proclamation in a French town believed to have been the site of frequent miracles. 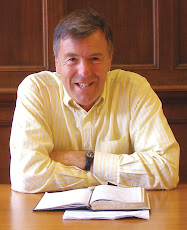 Check for older posts at the bottom of the page